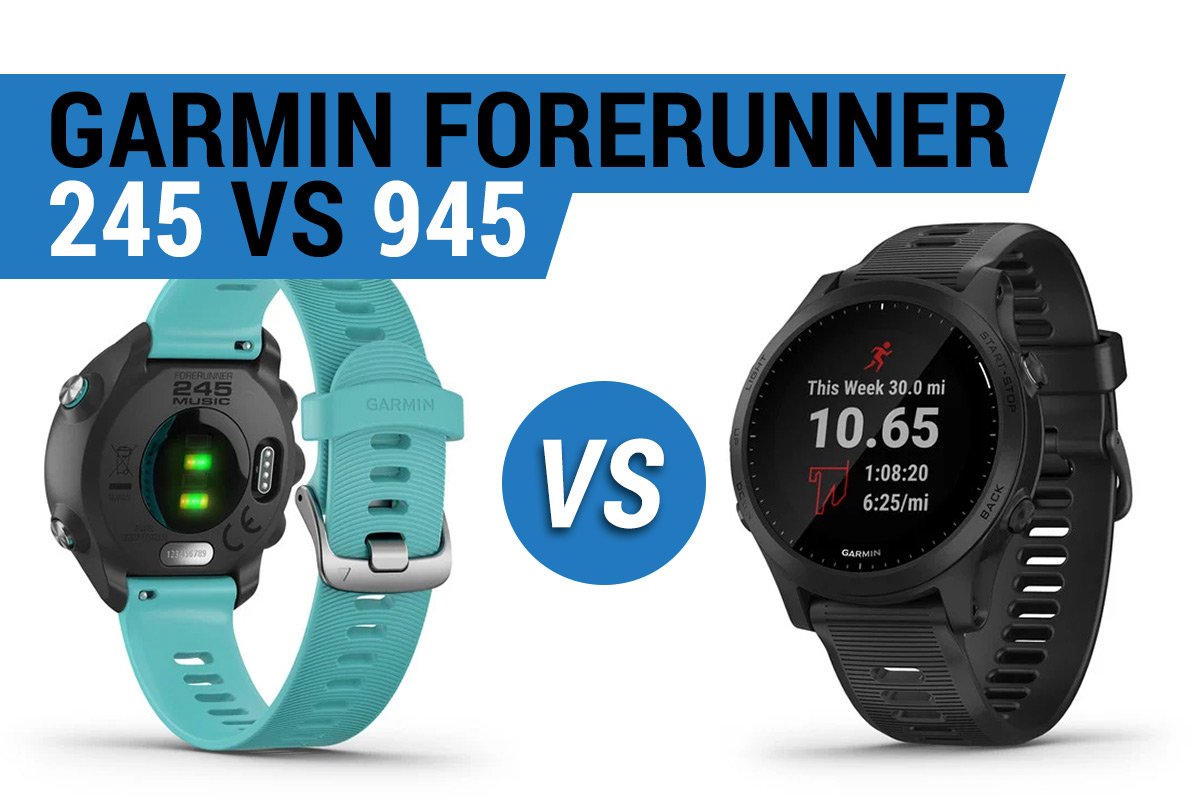 At A Glance
Which Garmin Forerunner Watch Should You Buy?

The Forerunner 245 Music is an updated version of the previous Forerunner 245 model and the Forerunner 945 takes those enhancements and expands further in terms of activity tracking and enhanced heart rate monitor technology.

But which watch should you buy?

The main differences between the two models come down to size variations and activity-tracking features; the Forerunner 945 is larger and has more features.

Both of these Forerunner smartwatches score high marks in all the essential key points for rating a fitness watch. This article will explore everything that needs to be known about both products, with a specific emphasis on what makes the watches different from one another.

Read on to find out more and discover which is better suited to your needs.

What is the Difference Between Garmin 245 and 945?

Both watches feature the ability to sync music. Unlike other Forerunner models, both the Forerunner 245 Music and the Forerunner 945 allows you to sync music to your onboard storage system right inside of the software of the phone. You can sync your Spotify playlist or choose to use a preprogrammed playlist specification if you are on the run and don’t have time to sync your favorite songs to the music storage portal.

Both watches can be labeled as a GPS watch; however, the Forerunner 945 has more routable maps. With the Forerunner 945, you can customize maps and routes with GPS Glonass and Galileo protocols which allow it to track in a wider range of environments and terrain than what can be achieved with traditional GPS technology. The mapping technology aids training effect capabilities and is colored and interactive, which allows you to receive even more detailed and visually attractive routes based on your location.

There is a major difference between the two models when it comes to the number of preloaded activity profiles that are accessible. The Forerunner 945  is designed to appeal to a wide range of fitness activities; open water swimming, heat, and altitude metrics during outdoor training and incident detection with a strong body battery allow you to maintain a strong training lead focus with milestones and suggestions along the way.

So, what is the determining factor between these two models?

The Garmin Forerunner 945 is brimming with many additional settings, and the improvements upon the design scheme of the watch are also great.

With many additions to measure training effect, recovery time, trail running metrics, and race predicting for triathlons, the Forerunner 945 stands above the features available on the Forerunner 245.

In terms of price, the Forerunner 945 is a more expensive GPS running watch.

However, if you want a GPS running watch that builds upon the enhancements seen in the Forerunner 245, the 945 model is certainly a better investment.

The Forerunner 945 is all about improving upon past exclusions in this popular Garmin line, and with this in mind, this makes the Forerunner 945 a great investment as this will likely turn out to be the only Forerunner model that you will ever need.

Should I buy the Garmin Forerunner 245 or 945 for triathlon training?

Is the Garmin Forerunner 245 and 945 waterproof?

Do these watches work with Spotify Music?

In your Garmin Connect App, you can now access connectivity sync via Wifi from your Spotify account to both the Garmin Forerunner 945 and the Forerunner 245. You can easily play your desired Spotify playlists right on your watch.

You may also be interested in: Garmin Forerunner 645 vs 945 Side by Side Comparison 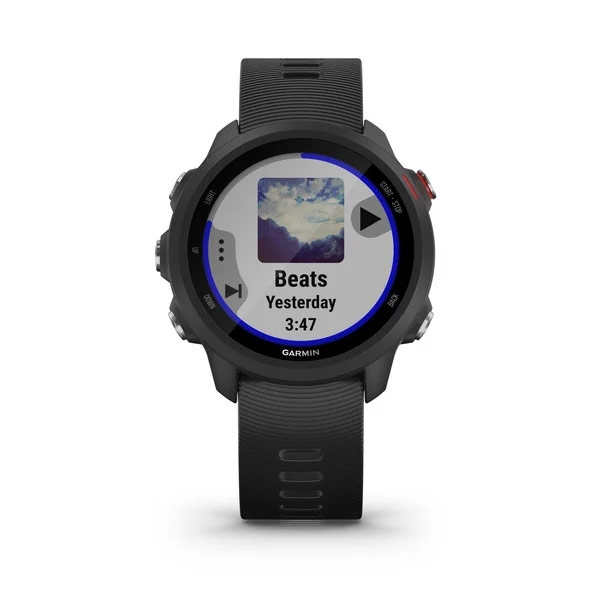 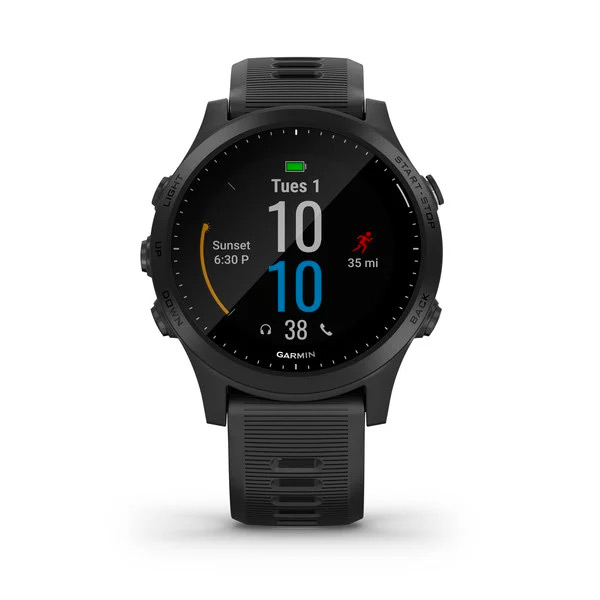 With all of these similarities and differences in mind, you may notice that both watches are far too similar to make a final choice. The best way to make the decision is to remember what each smartwatch is designed for. If you are a professional athlete or an advanced triathlete, you can easily go for the Garmin Forerunner 945. If you are a bit less advanced in terms of fitness training, the Garmin 245 Music is a great choice.

Both watches have stellar GPS mode with music settings that are sure to make your fitness routine easier and enjoyable. However, it would help to use GPS mode without music with the Forerunner 245 to help increase battery performance capabilities.

When looking for today's best deals on dash cams, Garmin is a great place to start in the dash cam market. Dash cams have been around for quite a while now, but with the rise of digital tech...

Continue Reading
link to How do I use Garmin running dynamics data?

Since the mid-2010s, select Garmin devices have featured running dynamics to measure both running cadence and running efficiency. This data has proved to be helpful for both elite runners and...